When I was a young proghead in the late Seventies I started to scrutinize LP information in order to discover interesting elements like the range of keyboards used, especially vintage keyboards like the Mellotron, Minimoog synthesizer, Hammond organ, Fender Rhodes electric piano and the Hohner D6 clavinet. Later I also started to dig for information in progrock mail-order catalogues from Syn-Phonic, Laser’s Edge (both USA) and Musea Records (France). This has led me to lots of interesting lesser known and unknown progrock bands and with Forgotten Sons I would like to publish a series of very special albums by lesser known progrock bands. The German symphonic rock formation Zomby Woof is the first one. 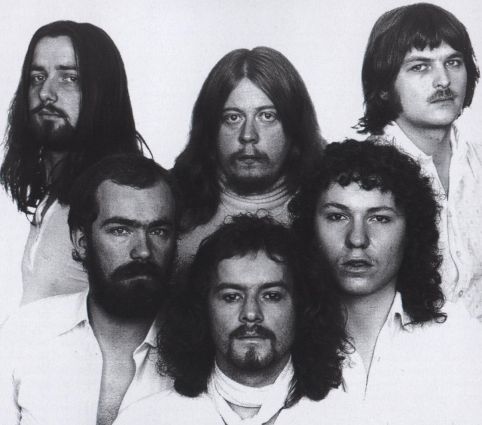 The band is rooted in 1971 when guitar players Heinrich Winter and Udo Kreuss joined Frank Keinath on bass and Thomas Moritz on drums in order to form a band, that still had no name and no gigs. Soon Frank moved away and no replacement was to be found. As a consequence Ulrich Herter, another guitarist, joined the band and Udo Kreuss changes to bass guitar. Shortly afterwards the two keyboard players Matthias Seelman-Eggebert (Hammond organ) and Matthias Zumbroich (keyboards) also joined which meant that the sound changed, being influenced by Procol Harum. During the Hayinger Festival in 1974 (featuring German bands Kraan, Birthcontrol and Embryo) the band made their first TV appearance, but in 1976 Thomas Moritz and Matthias Seelman-Eggebert left the band to concentrate on their studies and Bertha “Bea” Maier joined them on drums to form the line-up that can be heard on their LP.

In 1977 they tried to earn a contract by sending the demo tapes from intense rehearsals to several record companies. Eventually the label Jupiter from the capital Munich accepted the band and the recordings started in the Olympia Music Studios in the spring of 1977. There they found a Mellotron, of course out of tune! Thanks to Udo Kreuss this incredible instrument was cleaned until it functioned again. So despite the fact that the band didn’t own a Mellotron, we are able to enjoy this unsurpassed vintage keyboard on their album. On the cover you can witness the band in front of one of the slides they used during their shows. In the autumn of 1977 the LP was released by Jupiter and distributed by BMG Ariola. One estimates that eventually the sales went up to 5000 copies, a very reasonable number for such an unknown German band! 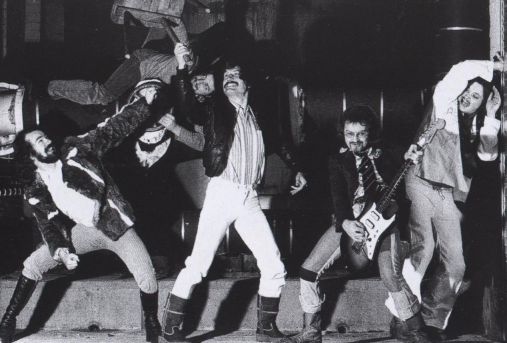 A second LP for the Jupiter label never saw the daylight because Steve Kazan, the man who was responsible for this type of music, was sacked because he got on everybody’s nerves. In 1979 Berthold Maier and Heinrich Winter left the band to form Alarm. They were replaced by Achim Czech on drums and Harald Horrwarth as singer, but this was not a sudden but rather gradual change in the line-up. Together with an additional vocalist named David Hanselmann (previously with Message and Triumvirat), this line-up recorded a second LP named No Hero in 1979, but the band was unable to find a record company. Without a recording contract and future prospects Zomby Woof split up, the last gig took place in their hometown Reutlingen on 8th July 1980. 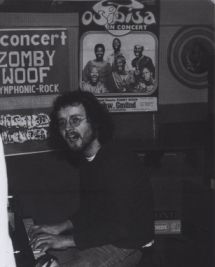 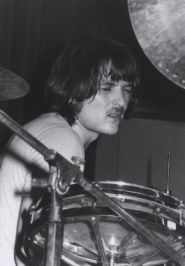 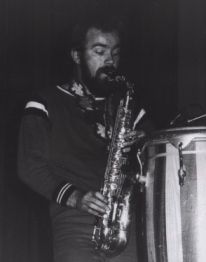 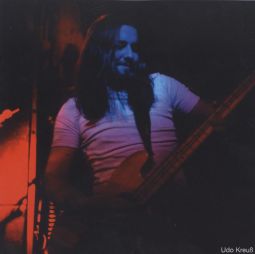 Zomby Woof - Riding On A Tear

For many years Riding On A Tear by the overlooked Seventies German progrock band Zomby Woof was on my album wish-list, which in the end I discovered it in the ‘progrock section’ of the very large music shop, Fame, in Amsterdam. After a quick listening session I decided to buy it for 22 euros quite expensive but until now it’s worth every eurocent!

The name Zomby Woof is derived from a song by Frank Zappa and his Mothers Of Invention. However Zomby Woof's music has hardly anything to do with Frank Zappa, it's mainly keyboard driven, 24 carat symphonic rock, quite original and only at certain moments reminds me of Eela Craig and early Camel with their warm and melodic symphonic rock.

The album Riding On A Tear was released in 1977 and contains nine compositions. The sound is pleasant and melodic featuring flowing changing climates and a wide range of beautiful vintage keyboards: a sparkling Grand piano with soaring string-ensemble waves in Introduction; a blend of string-ensemble, Hammond organ and mellow choir-Mellotron is used in the varied title track; lots of swinging Hohner D6 clavinet in Requiem - Part I; exciting interplay between fiery electric guitar and swinging clavinet and a splendid build-up guitar solo in the jam-like song Dora's Drive; and an exciting long synthesizer solo (with echoes from Peter Bardens) in Walking Through The Woods.

My favourite track on this CD is the beautiful Walking Through The Woods: a short intro featuring warm twanging acoustic guitar, then a slow rhythm with fluent synthesizer flights, the atmosphere turns into 24-carat symphonic rock featuring awesome interplay between sparkling Grand piano and spectacular synthesizer work. The English vocals on this album often sound pleasant with a slight German accent.

The CD release contains the original nine tracks and four bonus tracks: the single Dora’s Drive and the B-side Mary Walking Through The Woods and two unreleased songs entitled Highwire Dance and Back Home from rehearsals. The CD also includes a 32 page booklet.

I hope more progheads and symphomaniacs will discover this overlooked gem from Germany, especially vintage keyboards aficionados will be carried away to keyboard prog Heaven!