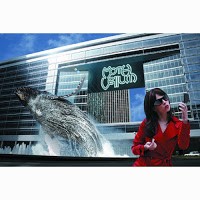 So now the clocks have changed to summer time, at least here in the northern hemisphere (apologies to our antipodean readership). The extra daylight always makes me look for this album on my CD shelves. I play it as part of the soundtrack to my summer.

Moth Vellum were a four piece band based in California. They were Johannes Luley's band before he formed the well regarded Perfect Beings. Moth Vellum's music is brimming over with sunny, summery melodies and pin-sharp vocal harmonies. There is nothing dark or heavy here, just a lot of joyfulness. They are not innovators, but they use the classic 70s prog models so well that it really doesn't matter. Superb guitar and synth sounds make playing the spot the reference game a pleasure. If you are missing a happy Genesis and Yes influenced album to play on long summer days, then have a listen to Moth Vellum's overlooked retro-gem.