As I remarked in the previous chapter, progressive rock bands for the most part preferred to record their own compositions rather than consciously adapt existing classical pieces. With the obvious exception of tribute bands, prog acts generally pride themselves on the originality of their material. With an average line-up ranging from just three to five musicians, virtuoso ensembles, assisted by instrumental multiplicity and recording technology, were able to create music that had its roots in the music of the 17th to early 20th century, without the need to engage the services of an orchestra. 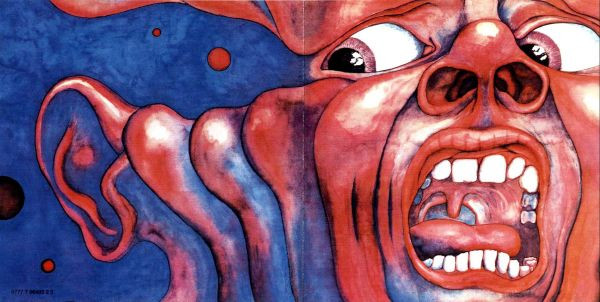 Cover of King Crimson - In The Court Of The Crimson King

The album that is rightly regarded as the catalyst (although rarely copied) is the 1969 debut album In the Court of the Crimson King by King Crimson. Whilst it contains jazz and classical influences in equal measures, these are segregated (for the most part) allowing the listener to appreciate the symphonic sweep of the near 10-minute title track in all its uncompromised Mellotron glory. Such was its impact in 1969, during one school lesson my music teacher abandoned the syllabus (a classical diet of Prokofiev's Peter and the Wolf and Britten's Young Person's Guide to the Orchestra) and played the album in its entirety.

A procession of mostly UK bands soon took up the symphonic mantle, which in the case of Yes (see chapter 4), Emerson, Lake and Palmer and Genesis proved to be commercially successful. Standard rock instrumentation was enhanced by a variety of keyboards to produce a rich symphonic pallet, and whilst late 19th and early 20th century art music was a discernible influence, with the exception of ELP (see chapter 2) they mostly avoided quoting directly from the classics. 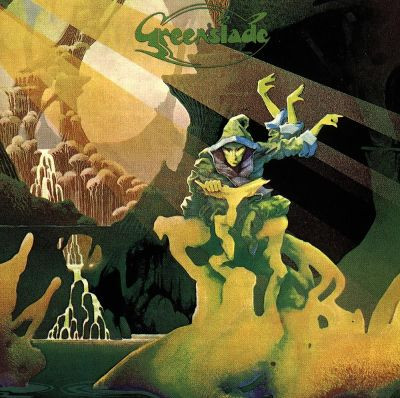 Cover of Greenslade's first album Several bands seized the Mellotron baton from King Crimson, including Barclay James Harvest, Tangerine Dream, and Greenslade, to create their own orchestral effects, notably strings, flute and choral voices. The resulting sound however could be quite distinctive as Genesis proved with the eerie introduction to the song Watcher of the Skies and the album Foxtrot (1972). On subsequent tours it proved to be a particularly effective show opener, resonating around the hall whilst the band was still cloaked in darkness.

Other bands were more conspicuous in their classical music references, due in part to the integration of traditional acoustic instrumentation. Focus, Jethro Tull, Gentle Giant, Gryphon and Gordon Giltrap for example often wore their baroque and medieval influences on their collective sleeves. This is evidenced in Focus' 23 minute epic Eruption (from 1971's Moving Waves), Tull's legendary album-length concept Thick as a Brick (1972), GG's elegant Think of Me with Kindness (from 1972's Octopus), Gryphon's 19-minute masterwork Midnight Mushrumps (from the 1974 album of the same name) and Giltrap's jubilant instrumental Heartsong (from 1977's Perilous Journey).

When Rick Wakeman returned to the Yes fold in the latter half of the 70s, he occasionally steered them in a classical baroque direction. The influence of J.S. Bach is evident in the authentic pipe organ sound midway through the sweeping Awaken from Going for the One (1977) and the harpsichord accompaniment to Steve Howe's classical guitar on the aptly titled Madrigal from Tormato (1978). 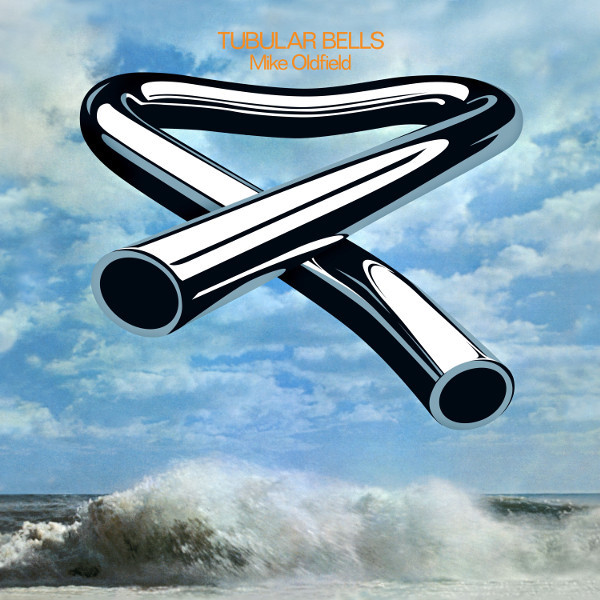 Cover of Mike Oldfield - Tubular Bells Another of prog's best known exponents Mike Oldfield has been studiously creating his own modern symphonies for several decades. He is perhaps rock's answer to film composer John Williams, bringing contemporary symphonic music to a mass audience who for the most part may have little appreciation for the likes of Brahms and Beethoven. Whilst Music of the Spheres (2008) is reputedly Oldfield's first classical album, in my opinion it lacks the breadth of his first four albums Tubular Bells (1973), Hergest Ridge (1974), Ommadawn (1975) and Incantations (1978), which for sheer musicality is one of the most consistent sequence of albums ever released.

When Italian bands Banco del Mutuo Soccorso, Le Orme and Premiata Forneria Marconi entered the scene in the early 70s they brought with them their own classical sensibilities. Appropriate, given that both opera and violin music originated in Italy in the 17th century. Banco benefited from classically-inspired dual keyboards and operatic vocals, whilst Le Orme were unjustly compared to ELP due to their keys, bass/voice and drums combination. Their concept masterpiece Felona e Sorona (1973) was a big hit in Italy. PFM were perhaps the most readily accessible to a non-Italian prog audience, mixing virtuoso complexity and melody in equal measures. Their 1973 album Photos of Ghosts is one of the most symphonic the genre has to offer. 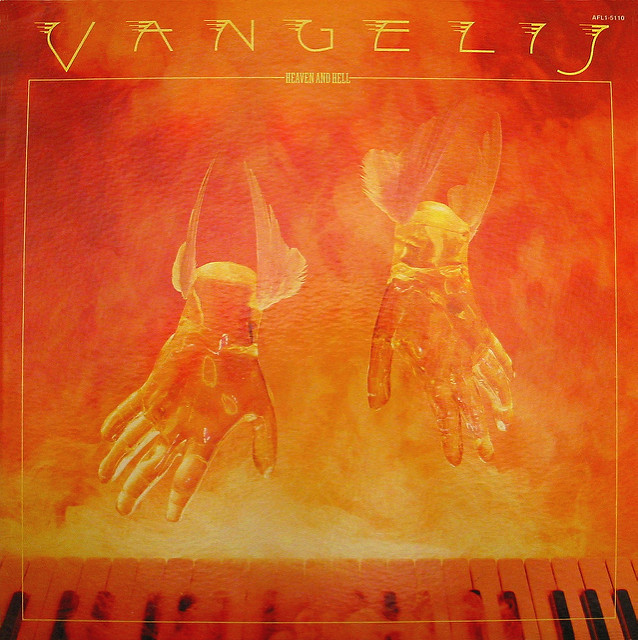 Cover of Vangelis - Heaven And Hell One of the most striking neo-classical albums is Vangelis' Heaven and Hell (1975), the highpoint of which is the three movement Symphony to the Powers B. Although the presence of the English Chamber Choir adds gravitas, it's Vangelis' expressive keyboard (and percussion) textures that gives the music its majestic quality. Whilst his peers tried hard to emulate the sound of strings and brass, Vangelis made no attempts to disguise the distinctive synthesised origins of his music, and yet it is as grandiose as anything else released in the 70s (or since for that matter). It's hardly surprising he developed a parallel (and very successful) career in film music.

No discussion tracing the links between classical and prog music would be complete without the inclusion of The Enid. Like Keith Emerson, band leader, keyboardist and arranger Robert John Godfrey creates very convincing strings and brass timbres without resorting to a Mellotron. The all-instrumental debut album, In The Region Of The Summer Stars (1976), was a fairly late entry into the genre and includes such gems as the epic title track and the Rachmaninoff pastiche The Lovers, complete with grand piano and synth strings. Despite a turbulent history, the band continues to this day, still releasing excellent, classically-inspired albums (sounding better than ever in my view with the addition of lush harmonies) although Godfrey was the only remaining original member for a long time (and recently even he had to quit).

From the early 1980s onwards, following the advent of punk and new-wave, many of the surviving prog bands like BJH and Camel adapted their style to what they perceived to be a changing market. Others morphed into new line-ups like Asia, Yes-west and GTR who produced short, sharp, radio-friendly songs with a biased towards mainstream AOR. Although expertly performed and arranged (as you would expect given the musicians' pedigree) there was little room for the eclectic and more expansive classical styles of old.

The neo-prog movement introduced a new breed of bands in the 80s that were drawn to the more song-based elements of Genesis and Pink Floyd, mostly shying away from longer-form pieces. Take Marillion's Misplaced Childhood (1985) for instance, probably the most significant prog release of the 80s (it was certainly one of the most commercially successful). Whilst it was an album-length concept, it consisted of shorter, song-based tracks spawning as it did two hit singles.

The 90s however brought about a change, or at least a renaissance of sorts. Emerging bands like Spock's Beard, The Flower Kings, Glass Hammer, Echolyn, Dream Theater and a reformed Kaipa took their inspiration from the more grandiose elements of the 70s. Ironically many of these bands originated from America, a country with a relatively short classical heritage. Sweden also had a strong representation of acts. 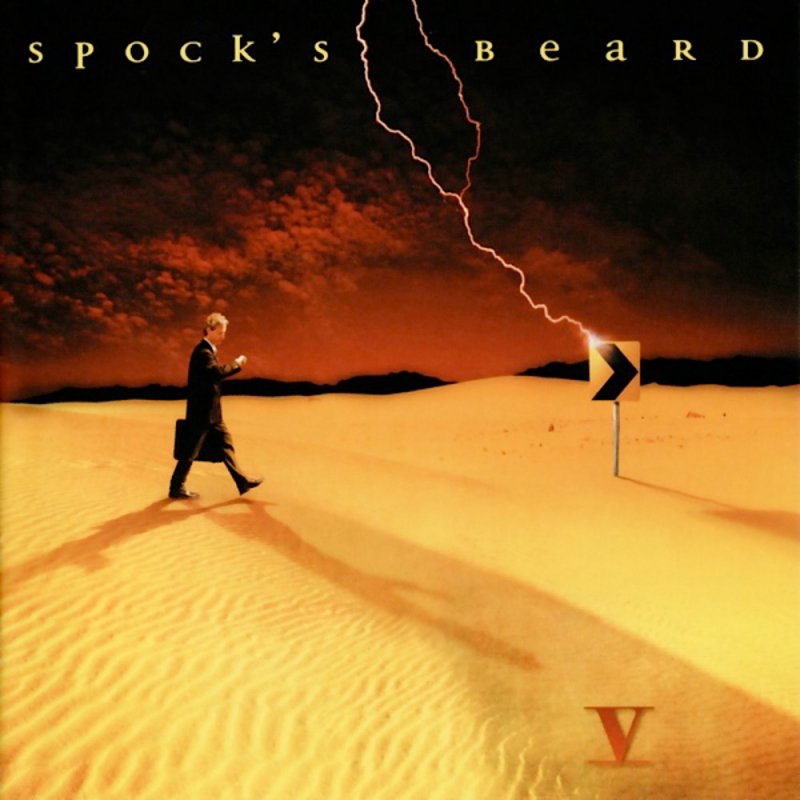 Cover of Spock's Beard - V Spock's Beard were perhaps the most successful in linking conceptual narratives with classical influences, especially under the leadership of Neal Morse who carried this over into his solo work when he and the band went their separate ways in 2002. The Doorway from Beware of Darkness (1995) is a personnel favourite, although the Beard's most symphonic and expansive work is the six-part, 27-minute The Great Nothing from V (2000) with its reoccurring themes and epic coda.

Morse became one quarter of the self-styled super-group Transatlantic in 1999, and whilst they produced weighty examples of prog-rock excess in the shape of The Whirlwind (2009) and Kaleidoscope (2014), for me, one of the better 21st century epics is the 30-minute Stranger in Your Soul from Bridge Across Forever (2001). It's a classic (and classical) example of how to manipulate a reoccurring theme, transforming it into a climatic finalé.

They are however only the mainstream tip of the current progressive rock scene, which continues to operate on a truly global scale. Virtuoso ensembles like Par Lindh Project (Sweden), After Crying (Hungary), Little Tragedies (Russia) and Ars Nova (Japan) for example all share a love of keyboard-driven bombast, influenced by both classical music and ELP whilst retaining their own unique, national identity.

I'll conclude this chapter with a UK ensemble that has been quietly ploughing their own distinct brand of neo-classic chamber music for the past 17 years and are still going strong; Karda Estra. Their music has an ethereal quality conveyed by choral voices and traditional instrumentation that often includes classical guitar, violin, oboe, cor anglais, flute, clarinet, saxophone, trumpet and orchestral percussion. Long may they continue.