Issue number four in this series has current and long-standing writer Edwin Roosjen, who has been with us for over 10 years already, take a look at one of his first reviews, published in 2007, of Focus 9 by Focus. 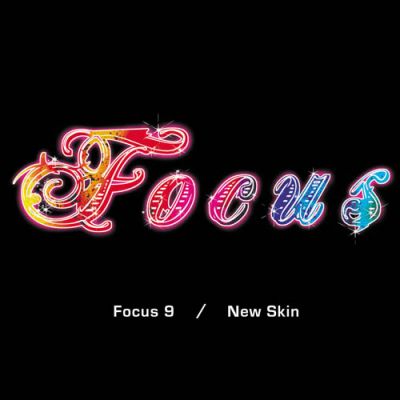 One of my first reviews for DPRP was Focus 9 ~ A New Skin by Focus. The deadline was very short because DPRP were doing a special on the bands that were playing at Symforce. Focus was opening act, and my review of the event was became my first concert review for DPRP.

I was nervous for being late on my first concert review submission and also a bit nervous for seeing Focus for the first time. I am a big fan of the Focus sound and I really wanted to see Thijs van Leer live. I wanted to see if the new guitar player, Niels van der Steenhoven, could fill the big shoes of Jan Akkerman.

At that time just before the Symforce festival, I was the only DPRP-member who had the latest Focus CD in his collection so they asked me if I could review it quickly. I had already listened to Focus 9 ~ A New Skin a couple of times but when doing a review you have to listen to it in a different way. I had bought the CD myself so it was obvious I liked it but I knew I had to approach the CD from a different point of view.

Focus 9 ~ A New Skin sounded very fresh and warm and it still sounded very familiar Focus. At that time 8 or higher meant a DPRP-recommendation tag and that was a very clear identifier for many readers. At the time an 8 seemed a good rating and I still think it is a fair one. Focus 9 ~ A New Skin to me is a very good CD even though I know many people will only listen to the old stuff.

At Symforce, Focus really impressed me. They played a variety of new songs combined with some old classics. Guitar player Niels van der Steenhoven, who turned 28 on that day, really impressed everybody with his guitar playing. He played all parts with such an ease it made me jealous.

Two years later, in 2009, I saw Focus again in Amstelveen. A bit of an extended version of the Sympforce performance and I really enjoyed the concert. Focus played at the Night Of The Prog festival in 2016 and are currently still active. In 2011, Niels van der Steenhoven left Focus and he was replaced by Menno Gootjes. The new guy on bass is Udo Pannekeet and still present on the drums is Pierre van der Linden.

Progressive rock albums tend to grow on you and some get better over a period of several years. In this style of music there are some tough nuts to crack and it can take for ages before you get a 'click' with a certain album. So sometimes, when looking back at the albums I reviewed, it is very well possible that my opinion has changed. CDs that seemed very good at the time of reviewing hardly get played anymore and some albums that I found mediocre somehow got played more and more overtime.

For Focus 9 ~ A New Skin, my view has not changed. Looking back I can still stand by my review and rating. I still play it regularly and I think it is the best CD from the second half of the Focus career.