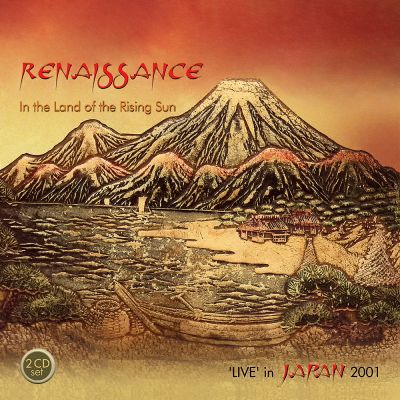 It is sobering to think that it is now 16 years since I first typed out my first DPRP review. a lot has happened in that time, politically, personally, and proggy, but DPRP has remained constant in delivering high quality reviews to a dedicated and increasing readership. No doubt that in celebration of our twentieth anniversary of reviews there will be some pretty impressive statistics on the number of albums we have reviewed in that time but I am focusing on just one, the subject matter of my first ever review Live In Japan 2001 by Renaissance.

The concerts were in support of the first studio album in 18 years, the unexpected but well received Tuscany, that proved what a hole had been left in the prog world by the demise of the band. More importantly, the album showcased how the intervening years hadn't diminished the signature sound of classically trained vocalist Annie Haslam's remarkable voice.

The group had retained a strong following and the promise of a few live dates to accompany the album's release certainly whetted the appetite, could the group and, more particularly Annie's voice, come close to the live performances of the band's heyday a quarter of a century earlier? Well, simply put the answer was yes. The band, original members Michael Dunford and Terrence Sullivan accompanied by Mickey Simmonds, Rave Tesar and David Keyes were as tight as can be and the inclusion of two keyboard players utilising the latest technology were able to recreate the lush sounds of the original compositions and, although in her mid-50s, Haslam sounded, and looked, twenty years younger.

As the band were distributed over two continents and there was no major financial backing available, the 'tour' consisted of a couple of warm-up dates in London followed by some appearances in Japan, one of which at the Koseinenkin Hall in Tokyo was recorded. The double album was essentially split into shorter more contemporary tracks on the first CD and, save for a sweet I Think Of You, the second CD full of more epic numbers. The group were confident of their new music to include in this section of the concert perhaps the stand-out track from Tuscany, One Thousand Roses and it is quite remarkable how seamlessly it fits in with the classic songs. Album highlight is inevitably Ashes Are Burning, masterly crafted to suit the dual keyboards with a rather more succinct, if one can call 20-minutes succinct, arrangement.

Were Tuscany and In The Land Of The Rising Sun the dawning of a, pun intended, renaissance for the band? Well yes and no. It would be another 12 years before another studio album appeared, unfortunately coinciding with the death of Michael Dunford, but the group occasionally performed over the intervening period and Annie became an annual presence at the much-missed NEARfest.

Does the album stand up today? Certainly, it is a strong and compelling live album from a band reclaiming their musical heritage after the two disappointing and dated albums that they released in the early 1980s, that just about summed up all that was wrong with mainstream 80s music and did a lot to, if not destroy but at least cheapen the Renaissance name. Looking back on the album, and my humble debut review, I stand by my opinions and the recommended rating I bestowed on the album. Not only is it an important part of the band's legacy, it is also a darn fine album. 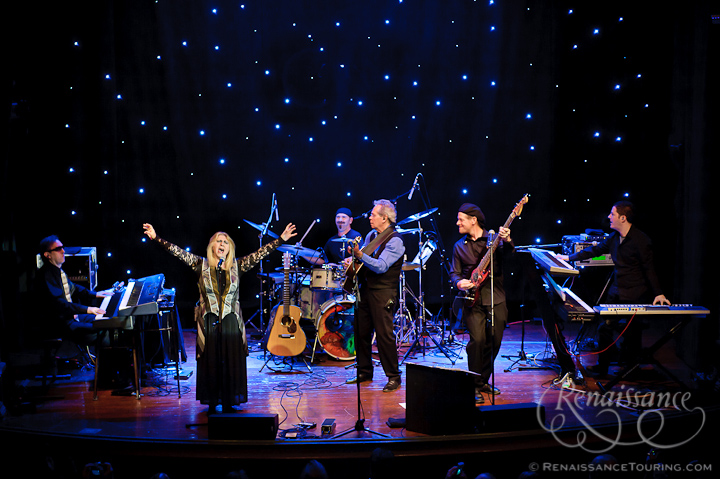