DPRP staffer Stefan Hennig had the immense pleasure of spending some time with the wonderfully bubbly Marcela Bovio, chatting about various Dark Horse White Horse subjects along with other subjects, including what the future holds. 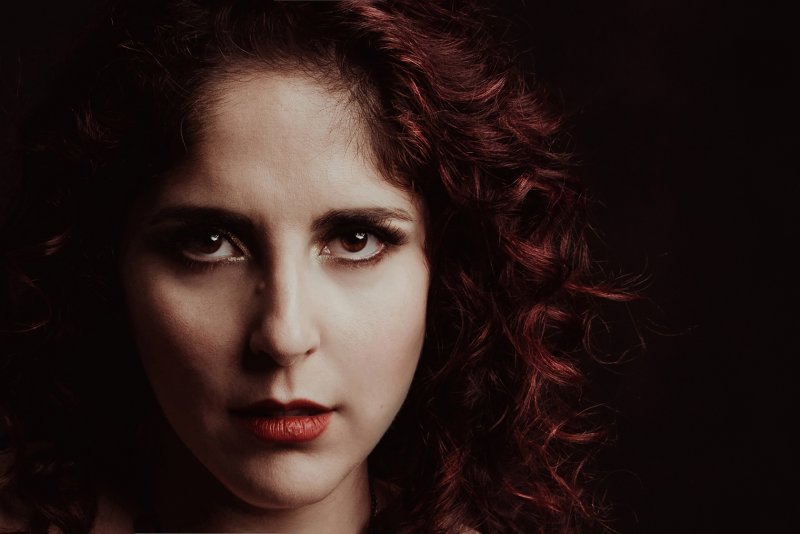 This interview is published at the same time as the review of the EP. Click here to read the review!

First of all, were did the band and project name, Dark Horse White Horse come from?

Well, as years go by, it gets harder and harder to come up with a band name. We were looking for something that would picture really well the contrast you here in the music. This is the very technical, proggy side which comes from the guys, and then my side, which is more melodic and organic. So, I came up with the name after reading some works by Plato. He has this chariot called Allegory which has man as the charioteer being pulled by two horses, one which is white and represents the noble part of our conscious. The dark horse represents the dark, passionate side of the Human conscience. You could say it's a bit of a Ying Yang situation.

The cover artwork is very striking. Am I right in thinking it was your design?

The logo was created by a company here in The Netherlands called Blacklake, and I did the rest of the design myself. It was very much a DIY project.

When listening to the album, your voice portrays so many emotions, but there are particular passages were to sound very aggressive, is their any particular reasons behind that?

Well, I felt I had to match the intensity of the music. Normally, with this particular type of aggressive instrumentation and heavy riffs, people associate it with screams and grunts, and that is really not who I am when it comes to writing. I think I had to be a bit more aggressive vocally than I normally do, without resorting to an extreme type of vocal. It also matches the themes of the songs which are pretty dark.

When I was writing that particular lyric, I was going through a rather dark period of my life. When I look back it may be that I was going through a sort of depressive episode. I was doubting a lot of things really badly at the time. So all the themes of the songs appear really dark. I was someone who was raised Catholic, and after moving to Holland I kind of lost touch with faith for a really long time. When I was in this dark place I sort of wished I could have gone back to believing. So this song turned out to be sort of apocalyptic anthem. The idea behind it is that I wish I could have gone back to my faith, but didn't really feel that I could.

The album was produced by Joost van den Broek who over the last few years has done some stunning production on various albums, and continues with the Dark Horse White Horse disc.

Well, it was a no-brainer because it's not just having worked with Joost for over 12 years, doing a lot of different projects, but he is also one of my best friends. He is super-talented, his magic is knowing what you want better than you do yourself. We already had the music written when we sat with him during pre-production. He helped us think the project through and work out where everything had to be. He puts everything on the table and gives you perspective on were to go and what decisions you should make and makes sense of the concept. 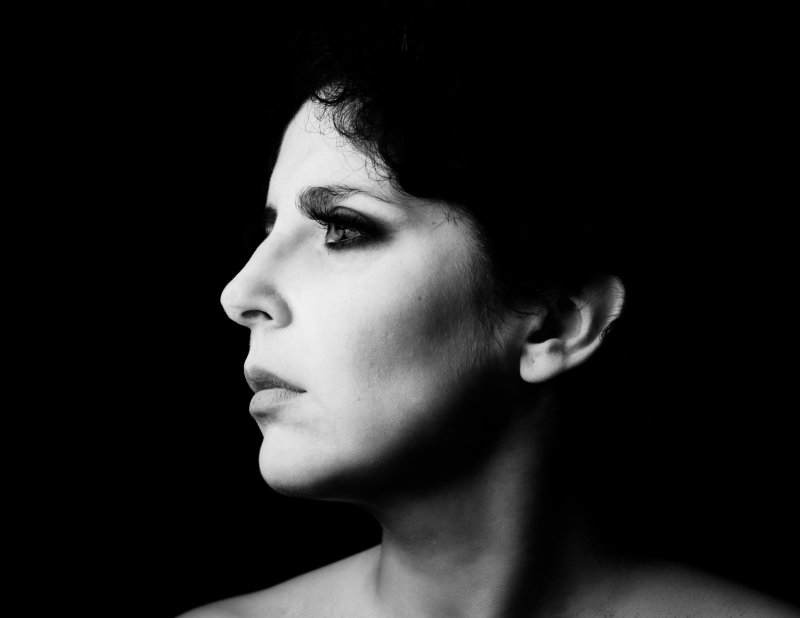 I did read that the music had been completed before you put your lyrics to it.

For the most part it was. The songs did change quite a bit afterwards. I took the basic ideas and started working on the vocals. We then polished things and re structured some others.

On Cursed, while listening through headphones, I suddenly picked up on your operatic vocals in the background. This is just one example of the need to listen to the album multiple times to begin to hear everything going on. I keep saying album, it is more an EP, but after listening to the five tracks it feels like an albums worth.

Thanks, and I'm really glad to hear you say that because that's the type of music I like to make. I think it has an accessible layer in the melodies and vocals, but there is a lot to be discovered after multiple listens. That is something that I am a very big fan of. That's why I like progressive music so much, because there is always something new to discover when you listen back. 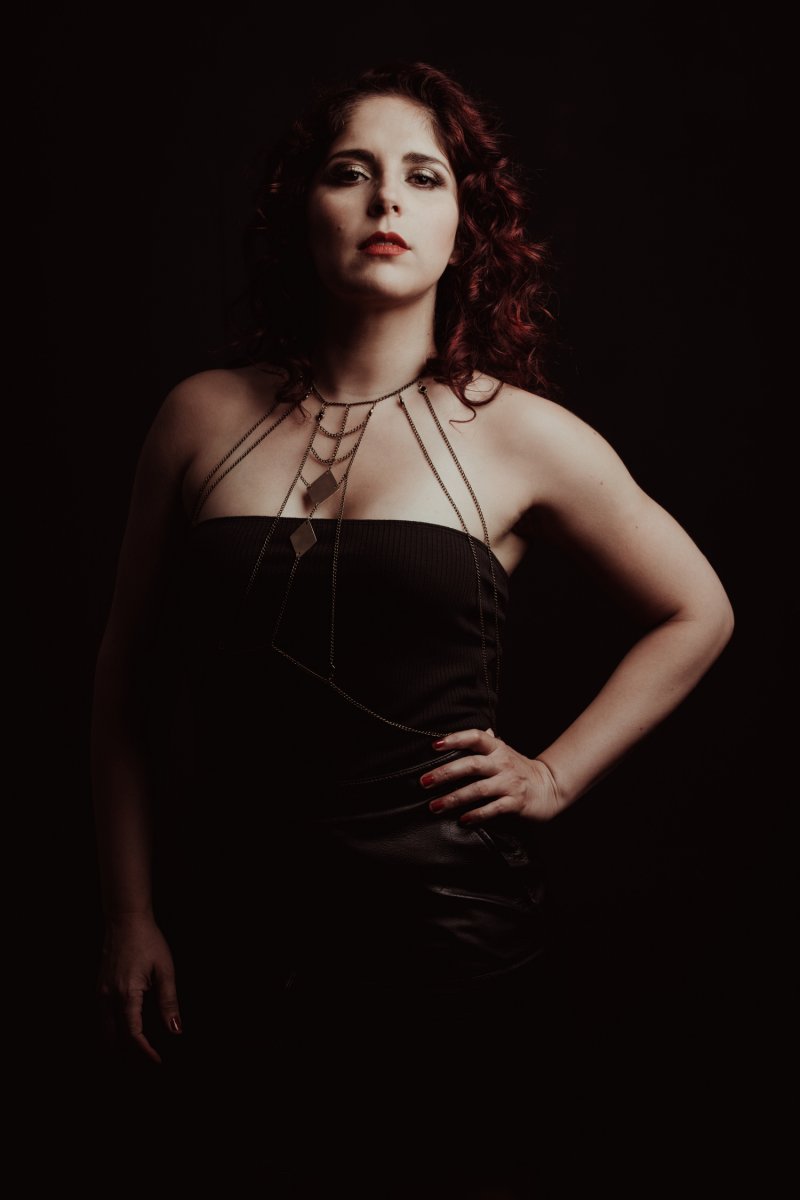 What I liked with the fact that the CD has the five tracks, is that it gave me, the listener, the chance to absorb what the band was about and enjoy the intensity.

We decided that these five tracks were the strongest, and it makes it a very digestible introduction to the band. I must admit, I like the idea of releasing shorter albums or EP's more often, because it keeps thing more fresh for ourselves, rather than this massive burden of trying to come up with more tracks. It also allows the music to be more natural if you don't have this pressure.

With a number of releases recently the music does seem to have been stretched far beyond its natural conclusion.

I would dare say it's more proggier to make songs shorter now.

Can you tell me whether there is something in the water in Holland, because there seems to be an abundance of very talented female singers at the moment. I know you are not from Holland, but have been there for a number of years now.

Well, I have been drinking the water.

In my particular case I have just been very, very blessed. I don't consider myself as a naturally talented singer, but a singer who is the result of extremely hard work. Although I have been singing all my life, I only consider myself as have become decent in the last five years. I owe this to the incredible level of knowledge on the human voice and to the fantastic methods that have been developed in Europe.

I am also a certified teacher in the method called The Universal Voice system which was developed in Amsterdam, and I started studying this method about six years ago. I have never experienced so much progress in my singing in such a short space of time. It has enabled me to say so much more with my voice and am so thankful to have ended up here and had the opportunity to work with the kind of people, in my humble opinion, whose technical prowess is probably better than anywhere else.

The music fans in Holland don't appear to follow trends like the English do, where I live.

I do think the Dutch have a high level of appreciation for musicianship. In Mexico, the audiences have a passion which is unbeatable, they will give you so much when you perform, and the experience there is out of this world because of the energy.

Part of the cultural shock for me moving to The Netherlands and performing was live, because the Dutch audience really listen to the music. I was thinking, they are really listening to me, so I have to do my best on stage. 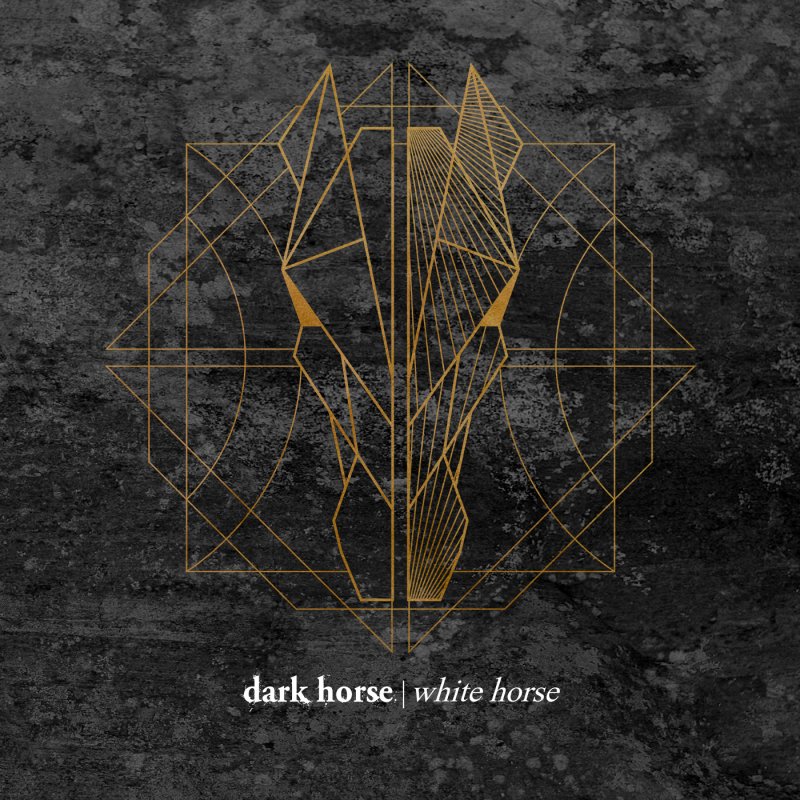 When I first listened to Dark Horse White Horse, my note said "very heavy from Marcela's previous work". I knew of your Ayreon and Stream Of Passion work, but then discovered your involvement with Mayan. So I had to cross out that note.

You mentioned earlier there was other things Dark Horse White Horse have but didn't record. Does that mean we might be treated to a further release in the future?

I would definitely love that. But, I have a commitment to myself that I really want to make a solo album because of what I went through. For a long time, I didn't feel ready to put it out there, and I'm still not thoroughly ready. I'm still half uninspired. While this pandemic is good for some people's inspiration, it's completely the opposite for myself. However, at the moment I feel very happy, and lucky to be alive. So for me the next album is something I really want to do. What it will sound like I don't know yet.

Well, what is clear is that you sound very happy at the moment.

Yes, I am really happy. It's something I've taken from the recent experience. Before, I used to worry about just about everything. But now, it's like, there are things worth worrying about and things that are not. So, yeah! 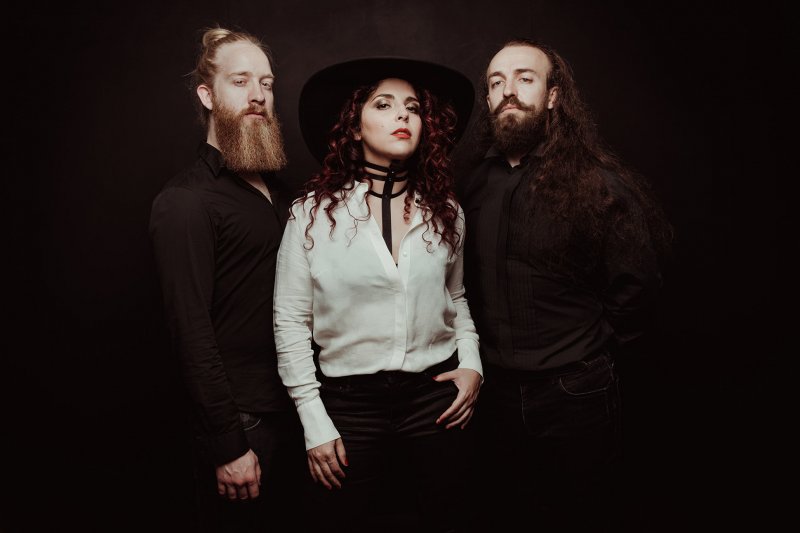